Osvaldo Ferreira is the Founder, Music Director and Chief Conductor of the Portuguese Philharmonic Orchestra.

Osvaldo completed his Masters in Orchestral Conducting in Chicago, and post-graduate studies at the Conservatory of St. Petersburg, where he was a student of Ilya Mussin.

In 1999 Osvaldo Ferreira was awarded at the Sergei Prokofiev Competition, in Russia. He received the “Fellowship” from the Aspen Music Festival in the USA, where he attended the American Conductors Academy.

He was assistant of Claudio Abbado, in Salzburg and Berlin and also studied with Jorma Panula and David Zinman. He was a scholar of the Portuguese Ministry of Culture and the Calouste Gulbenkian Foundation in Portugal. 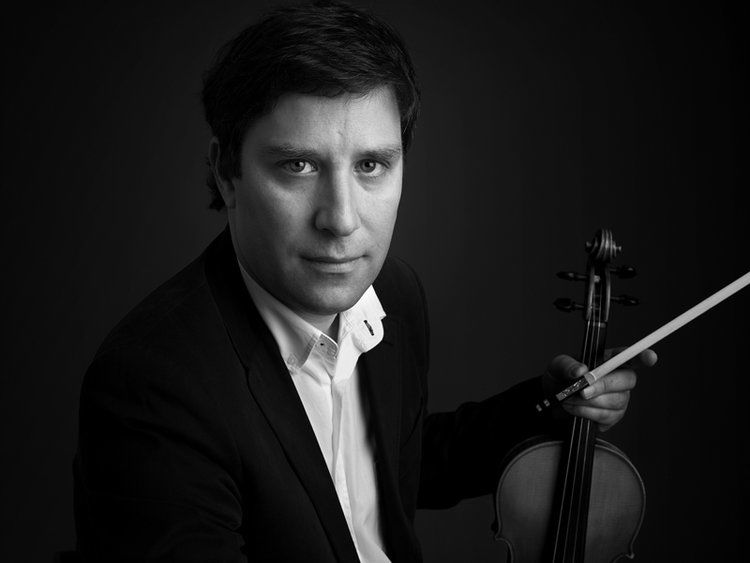 Augusto Trindade is a founding member and the concertmaster of the Portuguese Philharmonic Orchestra.

He has been invited by several orchestras to perform as a soloist, namely the St. Petersburg State Orchestra (Russia) under the direction of Vasily Petrenko, St. Petersburg Conservatory Orchestra and the Portuguese Philharmonic Orchestra. Augusto Trindade has performed solo recitals and also as a member of chamber music ensembles in several countries. He was invited several times to collaborate with the Algarve Orchestra and also with Portuguese Chamber Orchestra as a Guest Concertmaster.

Augusto Trindade is the Artistic Director of the Paços de Brandão International Music Festival and one of the most renowned pedagogues in Portugal, taking the position of violin teacher at the Castelo Branco School of Applied Arts and the Music Academy of Paços de Brandão.

Augusto Trindade completed his violin studies at the Escola Superior de Música do Porto, in the class of Zofia Woycicka. As a fellow of the Portuguese Secretary of State for Culture, he obtained the degree of Master of Arts in Music at the St. Petersburg Conservatory, in Vladimir Ovcharek’s class. During his training, he was also a fellow at the Calouste Gulbenkian Foundation and studied with Zakhar Bron, Mikhail Gantvarg and Gerardo Ribeiro in Chicago.